Tickets for our next event with Pfirter are now available on Resident Advisor. There is a limited number of reduced price early bird tickets available, so sooner the better!

All the information is also available on our Facebook event page, which you can find here.

Juan has also just done a fresh podcast for our friends over at CLR, which you can find here. 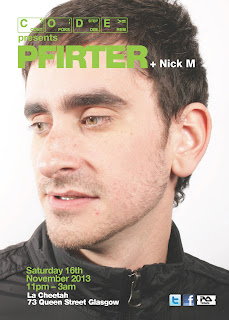 Posted by CODE Glasgow at 14:14 No comments:

This month's CODECAST with Jeff Derringer is now available for streaming and download via the CODE SoundCloud page here. 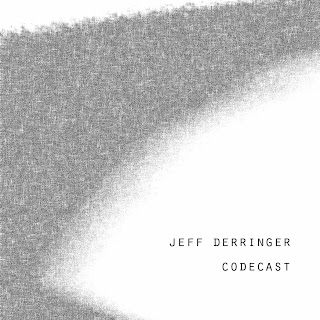 Posted by CODE Glasgow at 01:46 No comments: 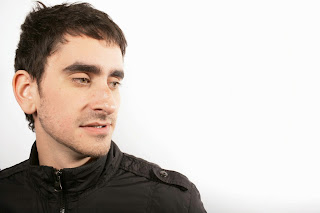 Posted by CODE Glasgow at 08:25 No comments:

CODECAST - our monthly podcast - returns on October 9th with a 2 hour mix and interview with special guest JEFF DERRINGER.

The show will air at 10pm UK time on Fnoob Techno Radio, which you can find on most internet radio apps or you can listen via this link:

As always, you can stream or download this and all our previous podcasts via our SoundCloud page:

Posted by CODE Glasgow at 09:39 No comments: