Hailing from Columbia, Adriana Lopez has been involved in techno since the late 90s and was resident at Bogota's famous BarC techno club for 2 years.

However, it was a move to Spain in 2002 which served as the launchpad for her career as a DJ and for her label, Grey Report.

Since arriving in Spain, Adriana has released music on a wide range of other labels, notably Oscar Mulero's Pole Group imprint and Developer's Modularz - both of whom are former CODE guests and big supporters of her work.

Using a combination of vinyl and CDJs, Adriana's sets are technically outstanding and explore a wide range of powerful, hypnotic and driving techno.

Tickets are available over on Resident Advisor where the quick and well organised can find a limited number of reduced price tickets. 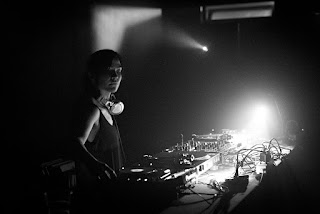 Posted by CODE Glasgow at 05:21 No comments: